Despite being severely hit by the coronavirus crisis, the maritime sector has shown great support towards struggling communities. Here is a look at some of the positive contributions made by those working in the cruise and shipping industries during the pandemic.

Sailor’s Society sets up Covid-19 helpline in the UK

Faced with an increase in calls for help and advice during the pandemic, British maritime welfare charity the Sailors’ Society recently launched a coronavirus-dedicated helpline for seafarers and their families. 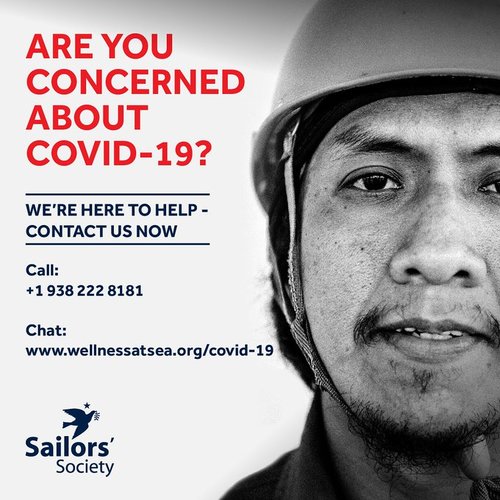 The service, which runs 24 hours a day, offers support and welfare to those affected by the virus or concerned about the crisis. The Sailor’s Society is also giving out grants to seafarers who have lost their job as a result of the pandemic.

In addition, the charity has now set up an advice hub, a Facebook support group and other practical resources to provide relief and support to struggling workers. 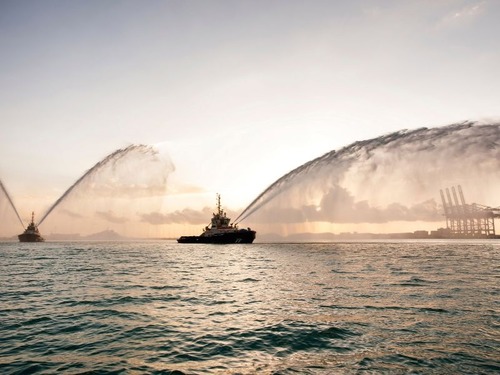 Global trade enabler Abu Dhabi Ports recently launched a relief package designed to support its investors and customers during the pandemic. Included in the package are rent deferments for Q2, a freeze on late payment penalties, and the removal of application fees for investors.

The company also recently set up testing facilities at its Zayed and Khalifa ports capable of processing up to 700 people per day.

In late April, Abu Dhabi Ports kicked off a ‘Horns of Hope’ initiative that called on docked ships around the world to sound their horns every evening to thank maritime workers and other frontline staff. The initiative was quickly picked up by several global hubs, including Antwerp, Rotterdam and Barcelona in Europe, Alexandria in Egypt, and Tripoli in Lebanon.

One of the most affected countries in the world, Italy, announced plans in March to convert a passenger ship into a floating hospital for coronavirus patients.

Belonging to the MSC Group fleet, the ship was operated by Grandi Navi Veloci and docked at the port of Genoa to help free up spaces in overcrowded hospitals.

Initially set to host 25 patients, the Splendid ferry has been equipped with medical areas and accommodation for cabin and healthcare staff. In case of emergency, it could reach a total capacity of 400 beds.

RMNEF provides support package for seafaring families in the UK

Earlier in April, the UK’s Royal Merchant Navy Education Foundation (RMNEF) launched a relief package for local fishermen and their families in collaboration with the Fishermen’s Mission, which coordinates the initiative.

As part of the scheme, seafaring families affected by the crisis are eligible for a £250 grant to address short-term financial pressures and purchase educational tools.

According to an RMNEF press release, the package is particularly designed for frontline staff whose families “have plunged below the breadline and often do not have access to basic tools like laptops”.

IMO steps in on individual cases

The International Maritime Organization (IMO) has been coordinating efforts to safeguard the industry since the early days of the outbreak.

While these have been mainly focused on international mediation and sector-wide initiatives, the agency has also been providing more practical help. Earlier this year, it set up an internal team – in collaboration with the International Transport Workers’ Federation and several other organisations – to resolve individual cases around the world.

In recent times, it helped repatriate a British seafarer stranded abroad due to travel restrictions and coordinated action to rescue a critically ill seafarer from a ship out at sea. 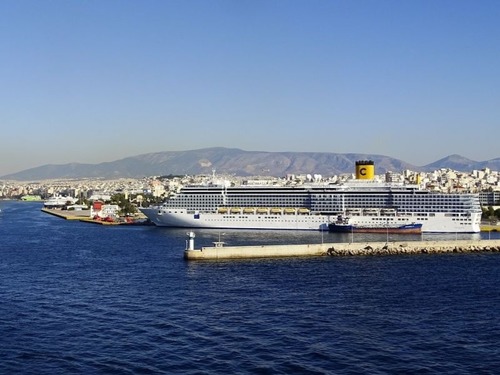 The Union of Greek Shipowners (UGS) and its collective body, the Greek Shipowners’ Social Welfare Company SYN-ENOSIS, have been collaborating with the local government to supply medical equipment throughout the country. As of late March, donations included 335 medical ventilators for intensive care, 100 bedside monitors and 100 hospital beds.

According to a press release, the USG also supplied the local police with “vehicles of different types” and protective equipment. In the same period, it launched a funding initiative that raised over €10m in five days.

Finally, the two organisations used all the funding received during the year to purchase 20,000 diagnostic tests and give them to university laboratories in Attica and Thessaloniki.

Crowley Maritime designs ‘medical support barge’ in the US According to Crowley they can accommodate over 500 people per barge and be placed “virtually anywhere on water, including coastal cities, harbour communities and river communities”.

Meanwhile, Crawley said that other maritime assets are available for medical and housing use. These include in-house naval architecture and marine engineering services, as well as staffing capacity for supplying mariners, electricians, stewards and cooks.

Maritime charities launch funds in the UK and beyond

In recent times members of the Maritime Charities Group have come together to show their support towards the British and international seafaring community.

For instance, in April London-based Seafarers UK launched a £2m Covid-19 Emergency Fund, £500,000 of which has been immediately allocated to assist fishing communities across Britain.

Other organisations, like the UK-based ITF Seafarers’ Trust and the TK Foundation in the Bahamas, have been donating funds to different causes. The former set aside £1m for seafarers internationally and has already allocated over £600,000. Meanwhile, the TK Foundation has donated $300,000 to seafarer centres and other welfare organisations around the world. 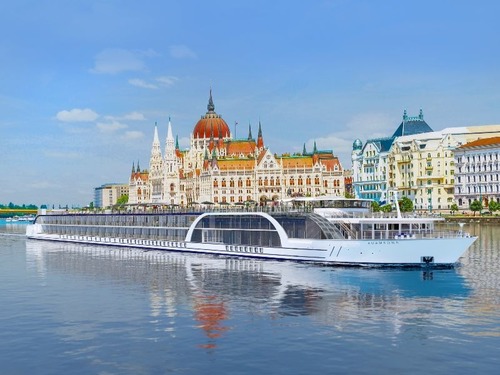 Solidarity has equally come from the cruise sector, which has contributed with a host of initiatives that include food donations, horn sounding and more.

A prime example is US-based river cruise liner AmaWaterways, which is now offering future cruise certificates to active frontline medical staff and other key workers. Available on European and Asian routes with one paying guest, the tickets can be booked until 31 December 2021. In early April, French river cruise line CroisiEurope used its ship, MS Botticelli, to host nurses who had to travel 90 miles a day to help treat coronavirus patients at the Pompidou Hospital in Paris, France.

The hospital had to bring in nurses from all over the country to help face an increase in cases. With some staff having to travel long distances to reach the capital, CroisiEurope offered its ship to host them with complimentary breakfast and dinner on board.

The Botticelli can accommodate up until 25 nurses. Staff on board had been rigorously trained to follow a tight protocol regarding cleaning and wearing masks.