‘What’s in a name?’, a much-heard question of Shakespeare, from his acclaimed play Romeo and Juliet, always had an answer. The importance of a name was diverse in answers, nevertheless, it was often agreed that a name is nothing but an identity, the first door to one’s uniqueness. So we name everything. Every day, every new thing in this world is given appropriate names; the new-borns, new businesses, artworks, literature, equipment, vehicles, and so forth.

As usual as everything else, the newly launched vessels also get names. Almost every watercraft, be it civilian or military, ceremonially named before being launched into the water.

However, unlike the casual naming of vehicles on land, at sea, the process of naming a vessel is a colorful event. The answer to why and how ships are named enthusiastically is filled with several interesting facts.

History and significance of ship naming

The tradition of naming a ship ceremonially dates back to thousands of years. While every other decision on the building of a ship is purely scientific, the decision on naming a ship has often taken considering beliefs, customs, and even superstitions.

Traditionally, the naval community believed that the name of a ship has a great role in bringing good fortune and safety to the vessel, its crew, and passengers.

The history of ship naming ceremony also dates back to thousands of years. There are several pieces of evidence suggesting the naval community in Babylonia used to perform ship launching and naming ceremony in the 3rd millennium BC.

Similarly, mariners from Rome, Egypt, and Greece had conducted christening ceremonies to seek help from their gods to protect their vessels before starting the first voyages.

While every civilization had its own traditions regarding naming vessels, during the Viking age, ship launching was marked by the spilling of blood, and during the medieval age, the wine was offered to replace blood.

How are ships named?

The procedures and practices involved in the naming of a ship have evolved over the centuries. At present, the ships are named during the ceremonial ship launching, observed as a public celebration as well as a solemn blessing after completing the construction of the ship.

On the day of ship launching, the ships will be decorated with flags and colorful ribbons, and the celebration is accompanied by the performance of musicians. 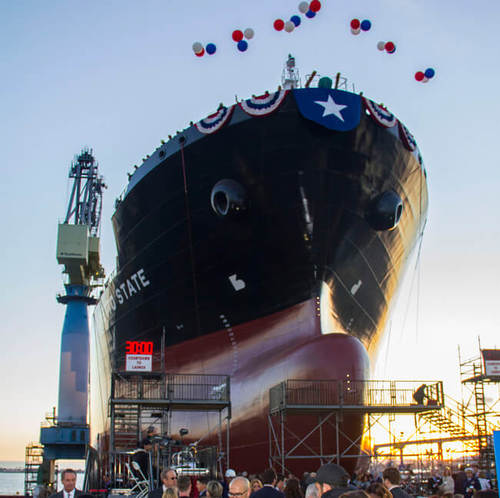 Though there is no formal procedure to name a ship, usually the ceremony begins with the launching of the vessel. After the ship is launched, the vessel’s godmother (another traditional practice in which a female civilian ‘sponsors’ a vessel to wish good luck and safe journey) smash a champagne bottle on the bow of the ship.

The christening ceremony will see the ship’s name is being officially revealed in front of the invited audience.

While naming a civilian ship is solely a matter in the hands of its owner, the procedures to select a name for a new military vessel is different from countries to countries.

Earlier, most of the civilian ships were named after goddesses and other mythical figures, the practice later changed as owners started to name their ships after female names that are important in their life.

The ship's naming conventions of countries with naval powers are followed in order to select a name for a new naval vessel. For instance, vessels of the US Navy are named by the Secretary of the Navy under the direction of the President in line with the written rules for naming different categories of ships.

The names given to US Navy ships include prominent geographical locations, names borne by previous remarkable ships, names of naval leaders, national figures, and also deceased members of the Navy and Marine Corps who had have honored for their contribution to the nation.

Why ships are named after women?

Ships are usually female, but not always. Traditionally the ships were referred to with the feminine pronoun though this practice is in steady decline in these days. There exist several theories explaining the reason for this practice that must have started centuries ago.

One of these explanations, as already mentioned, is that earlier ships were named after goddesses and other mythical figures, seeking protection for the vessel, and its passengers and crews.

Also, the sense of nurturing and protection associated with female names also played a role in following such customs. People have often likened ships to a mother taking care of her child- a maternal protector of the crews and passengers.

Some argue that ships were referred to with the feminine pronoun since those who controlled ships earlier were men, who considered their relationship with their ships as personal.

Considering the linguistic aspect, some have argued that the idea of a ship as a female object became embedded in maritime tradition because the Latin word for ship, ‘navis’, is feminine. Besides these, there are several sexist arguments cited as the reason behind this practice, such as the beauty of the ship; needs a man to handle her; need good effort to keep her good-looking, etc.

Whatever the reason behind, the ships, especially civilian vessels, have been named after a female most of the time in the past. While naming after goddesses was a practice in the distant past, the names of queens and princesses were used in the later period.

At present, owners often choose names of important women in their life or even popular female names to help others recognize their vessel. However, modern times have witnessed a significant decline in this practice, thanks to the feminist language reform.

Other interesting facts about ship names

The stories about ship naming never end. What seems like a trivial practice has more complex elements in it. 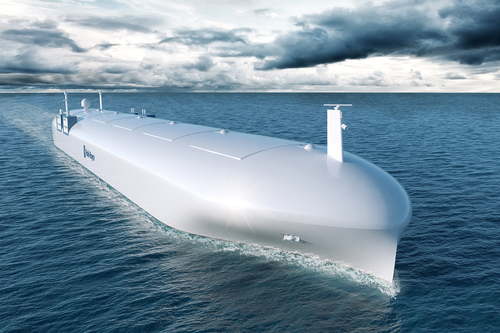 Similarly, sometimes ships carry two names- one printed on the hull and the other that is stated on the bareboat charter party- considering legal or financial interests.

Sometimes, the name of an older vessel that is destined for demolition also changed, often to a variation of the previous name.